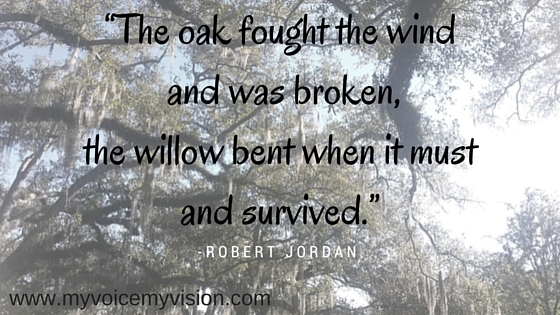 If you have been involved in a relationship with a narcissist the first direction you will receive from all self-help books on the subject of narcissistic abuse is to cut off all contact. If you have left a domestic relationship that was abusive, being subjected to contact with your abuser can trigger anxiety attacks, flashbacks, and deep-seeded fear. Stay away. Set boundaries. Don’t make contact. Protect yourself.

But if you have children with your abuser chances are good that you aren’t going to be able to just walk away. Even if your abuser didn’t pay attention to the children during your time together, even if he said he didn’t love or want the children, that may all change after you leave. Why? Why would that change suddenly? Because your abuser has lost control of your daily routine. He no longer has the opportunity to hurt you at will. Now he will use your children as his only means to control you and instill the fear that he once did on a daily basis.

It took a long time for me to learn to set boundaries with my ex-N. After I left him I even missed him because he had so totally isolated me from my friends and family that I didn’t have anything left without him. I learned. I followed the advice of experts in the field of personality disorders and high conflict divorce. I kept all communications brief and business-like. I got an email account strictly for communication with him and his attorney so there was no toxicity in my inbox. I got a separate phone for him so my time with my son wasn’t interrupted by threats and name-calling. I established curbside pick-up for parenting time and last year eliminated a parental interaction during transition all together so I never had to talk to him directly.

After appearing in family court repeatedly because he refuses to comply with orders the judge got fed up. Not with him though. She ordered us to attend co-parenting therapy. This seemed like the biggest waste of time possible three months ago. Those of us who have ever tried knows that there is no co-parenting with a narcissist because they are only capable of thinking about their own needs.

I was so scared the first time I went to that office. My husband offered to go with me and wait in the car. I was happy to have a driver, a distraction, and a reminder of how far I’ve come. I didn’t know what to expect from the psychologist. All I knew was he was someone our family court judge knows, has worked with many times before, and was expensive. The money I didn’t have had better be worth it because I’ve had to give up my own therapist in the meantime!

That first session he came into the office with files of court documents, a stack of two hundred photos that we never saw but I presume were of him and Liam. He talked about me like I wasn’t there and told the doctor everything that was wrong with me. “I’m a good, I’m a great, no I’m an amazing father,” was the most laughable line of that day. This was the first time I was in a room with him in years and it was horrific. I barely spoke. How could I?

I left that day completely shaken to my core. When I got to the car and recounted the tale to my husband his eyes got wide with excitement. “He did exactly what we want him to! This is so good for us!” Naturally, we hope that this psychologist is a fair and observant practitioner and we are hoping that ex-N will show his true colors in front of an unbiased professional. He did exactly that during our first session, but at what cost? I was shaking, I didn’t sleep the night before and I was nauseated.

Today was our sixth session and it was no different than that first session. I didn’t sleep last night. I couldn’t eat this morning. My hands trembled on the steering wheel as I drove to the office, listening to Brené Brown read “Rising Strong”. Every session is an opportunity for him to inflict damage and he makes sure he does. I always arrive first so that I can sit and write my thoughts in a journal, my shitty first draft, so I don’t spew it out all over the room. When he comes in he sits down and it’s the breathing. My father sexually abused me as a child and years later the sound of his breath could knock the wind out of me on the phone. Ex-N’s breathing is labored from being out of shape and in poor health. It no longer frightens me the way it used to, but it repulses me. The sound makes me physically sick to my stomach.

I’m not scared though, not in the present. I like our doctor. He seems like a fair and intelligent individual who also seems to genuinely care. He is a big guy and a former cop. I trust he has seen this before and I know that if ex-N ever tried to hurt me physically this man would not allow it.

Still, the past is there and when I am hearing the same awful things I heard during our marriage it is hard to keep the past tucked away. Today I let him reduce me to tears in session. I’ve let him get to me enough to get an emotional reaction out of me twice now. I am not proud of it. I bolted out of our session today, headed straight to the public restroom in the building, locked myself in a stall, and sobbed. I was in such a deep shame spiral that I felt I was losing control. It’s not so much I believe the things he says anymore, but it takes a lot of work to ensure that I don’t let his words get in. But they try to break through and they hurt. The constant pounding of his insults and indirect threats is jarring and I am bruised. I am shaken. And I am worn out.

I don’t know how much longer I have to endure this punishment but I don’t know how much longer I can. I have done nothing but love my son and try to protect him from the man who tried to destroy me. For this, I feel like I am being punished, but I know that this is just one more challenge. I am being tested by this storm. My resolve, my will, my strength, and my love for my boy is being tested and inflated. I’ve heard the sound of this wind before and I’ve learned to bend so it blows over me.

1 thought on “Bending in the Wind”